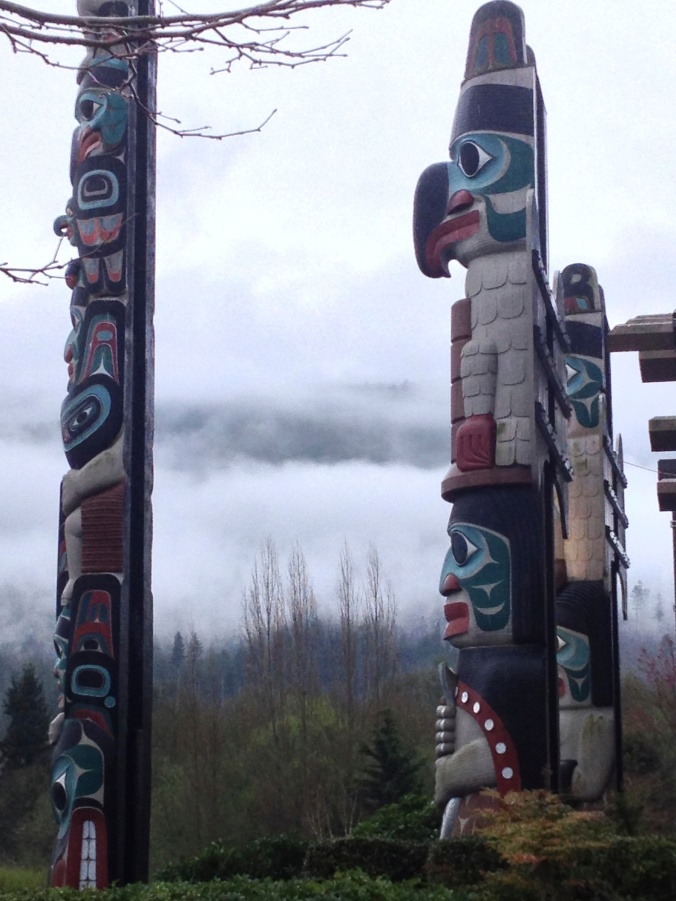 Wednesday and Thursday are my days off, and it is really kind of nice because I can do things when there are no crowds. Weekends are just two days off in a row to me and have been for many years with the jobs I have had. Last weekend I got out and did a few things.

I know I am a bit late getting this out, but here it is. Wednesday I went to Seattle to the REI flagship store. It is a pretty big store and is really nice. I needed to get a shell jacket and wanted to look around and just see the place. I am pretty well set up for camping gear so did not really need anything else other than something to stay dry in this wet climate. The store is huge, and maybe a little bigger than the Denver store but has a similar feel (I was told the same person designed them both).

After REI I went to the International District, or “Chinatown” as some may call it. It really did not feel like a very safe place to wander and I did not feel like losing my wallet or my iPhone. It was very disappointing so I did what I could to make the best of it. I went into what appeared to be a safe place to wander around a bit – the Uwajimaya Village Food Court. It is built inside a building that houses what looks to be an Asian market. I did not get to look around much – I wanted to eat and get the hell out. The parking was $7.50 an HOUR! If I spent a certain amount inside the first hour was free, and a larger amount for the second hour. I spent enough to get a free hour… I was not going to do a second hour.

The food I had was not really exceptional or even very flavorful. The hombow I had at Pike Place was much, much, MUCH better than the similar char-siu buns here and it was rather disappointing. The General Tsao Chicken was okay, but nothing other than ordinary. I had a beef dish I had never heard of that was okay, the chow mein noodles were average, and rice is, well… rice.

The International District was a bit of a letdown with it not appearing to be a very safe place. I did see some things I would like to have stopped at, but I do not know if that will happen with the way it was there. I think my next Chinatown experience will be in Victoria so I hope it is better there.

On the way back I took a different route and came back across the Sound on the Edmonds – Kingston ferry. I liked that route better than the one I usually take. It is much less crowded and helps avoid getting trapped on Bainbridge Island.

I got out of my car to go upstairs to walk around and heard someone yelling my name as I was walking toward the door to go upstairs. It was one of the guys that volunteers here and he is a great guy. He is an avid birder and is the guy who takes the amazing bird pictures at http://www.mastdog.com/dowmar/birding/. Stop by for a look at his pictures and see for yourself.

On Thursday I did some running around and went to a local winery called Olympic Cellars. I sampled a fantastic wine called “My Sweet Syrah”. It was a bit pricey, but I splurged to treat myself to a good bottle of wine. Lots of body, sweet and fruity, but not overly so (well, to my rookie palate). Like most things, spending more money definitely gets better quality, but I have had expensive wines in the past that were nasty (again, to my rookie palate). I just might have to go get another bottle of that for later while they still have it!

So, REI was cool, lunch was about a one-star affair, the ferry ride and seeing a friend were great, and the wine was 5-stars.

2 thoughts on “A Busy Weekend”