Yep, the turmoil, at least for now, has subsided and life as I know it is starting to be back to my version of normal.

Work has been rather busy the last few weeks. We are getting this park (Sacajawea) in pretty good shape – tree branches picked up, leaves sucked up by the leaf-picker-upper (actually it’s a “turf sweeper”), and my house has new paint and carpeting throughout (except the usual areas that will be tiled). We have to get the rest of the leaves picked up, the water turned on, de-winterize and clean the bathrooms, and get the sprinkler systems ready for the park to be opened for the season. Here are a few pictures of Sacajawea State Park:

Sunrise Over the Confluence 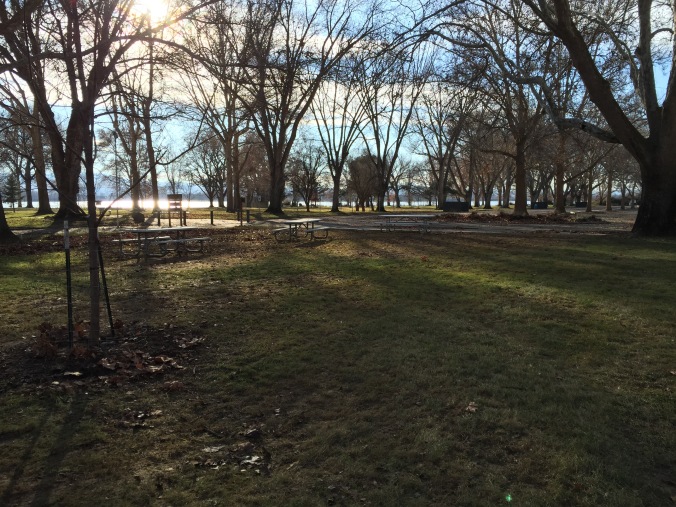 Looking west towards the Columbia River

Looking east towards the Snake River

Last week we worked on Lyon’s Ferry. There is some really incredible scenery in that area. We went over to check out Palouse Falls and that is a beautiful park to visit: 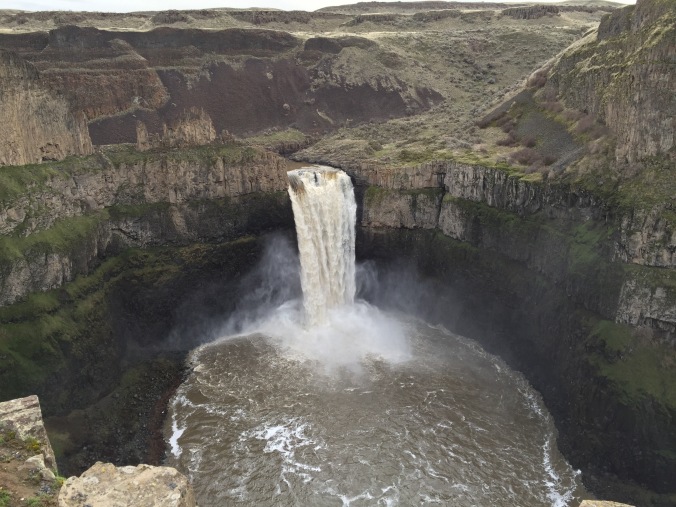 I am planning on some road trips the next few weeks to explore the area before I leave and maybe get some more pictures to post.

I spent three days running a chain saw to trim trees up to make the park look nice for opening. There were three of us and we worked hard to get as much done as we could in that amount of time. It was hard to keep ahead of the two trucks hauling brush away so one guy would do some raking while the other would load brush into a truck. We had beautiful days to work outside and it made me realize how fortunate I am to be able to have a gig like this and the I get to work with some great people in so wonderful places.

I guess we are going to have some dignitaries visiting here in a few weeks. We don’t have a lot left to really do and we will have it looking good for their arrival. We’ll be spending next week working on Sacajawea. The guy who we worked with over at Lyon’s Ferry will be coming over to help next week, then we go to another park the following week unless the plans change – which they are subject to.

Last week was sooooo busy. I went to Seattle on Sunday for a Monday morning appointment then came back here. A long day indeed. I worked Tuesday then left to go to Anacortes and got a room because I had a job interview on Wednesday. After the interview I left and came back down here. Another long day. I went to work Thursday and was planning to leave after work to go see Meghan in Montana. I just could not do it. I was beyond tired and needed to stay here and get some rest so I left Friday morning. I just don’t bounce back like I used to be able to.

It was a nice drive and is quite scenic. The short drive through Idaho reminds me of the Central City/Black Hawk area of Colorado and I would like to go back there in the future and spend some time there looking around.

I also stopped at St. Regis and got one of those dee-licious huckleberry shakes you see billboards for. Don’t question or ridicule me until you stop and get one for yourself. Get the whipped cream too. They are a bit pricey, but they are big and oh so tasty. I stopped at Roslyn, WA. Its is where the TV show “Northern Exposure” was filmed and the show is one of my all-time favorites. It’s a neat little town and they still have some of the TV props in various buildings and windows.

I got to Meghan’s and I was sure glad to not be in that damn truck any longer. I had enough windshield for the week.

It was sure good to see her and Loran and the animals. We went out to eat at a few places, went to the dog park, hit a few stores, and went to the museum as well as sit around and watch TV and chat. The museum we went to has the most complete T-Rex skeleton of any museum and it is pretty impressive: 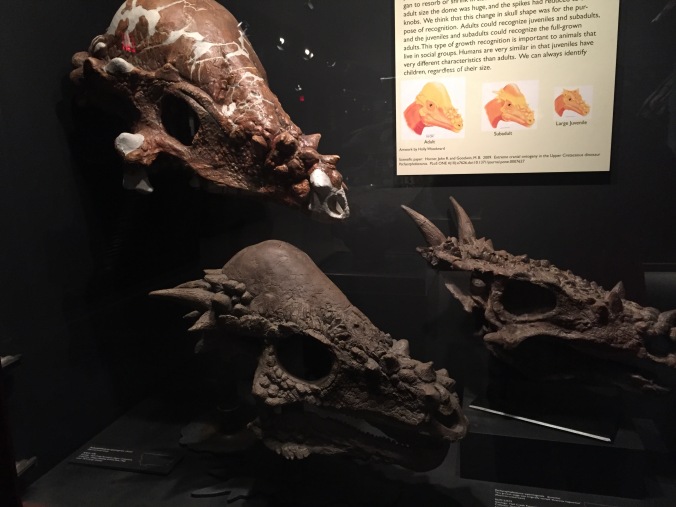 They said the skull found with it was so big and heavy they could not mount it with the skeleton so they put it in a case and used a different skull, and it was pretty big!

I am really having a tough time giving up the idea of getting another motorcycle. It just really sucks to have that taken away from me and that pisses me off. I have had fairly real flashbacks about the wreck quite a bit lately and, honestly, it scared the hell out of me. My family was upset as well (rightfully so). I just cannot get those two things out of my mind. The motorcycle saying about “It’s not a matter of IF you crash…It’s a matter of WHEN you will crash”. It’s odd that I had no issues riding my Yamaha last year after my wreck but now I just cannot think about it.

The issues with my neck and left arm and hand are going to probably have to be resolved with surgery in the fall and even that my not fix it. We just don’t know. Having a fully functioning hand and neck are a bit important on a bike and that weighs on my decision as well. What good is spending thousands on a bike if you cannot ride the thing?

I also thought a boat would be cool, but “boat” stands for “Bust Out Another Thousand” and I just cannot afford the maintenance so I will just rent one when I want to go boat for pleasure. No headaches, no hauling it around, no tags, no taxes, no boat registration, no maintenance…quite a list. So, I will have to do some more road trips in my truck. I can sleep in it, it’s comfy, can go off-road, and I own it free and clear.

I really have been itching to get back on the highway. My trip to Montana last week was fun and it made me think about some things. I will have my truck in the islands this summer (don’t ask) so I will be able to get around. I had not had a vacation since September 2012.

But, then again, all I really HAVE had is a vacation since September 2012.