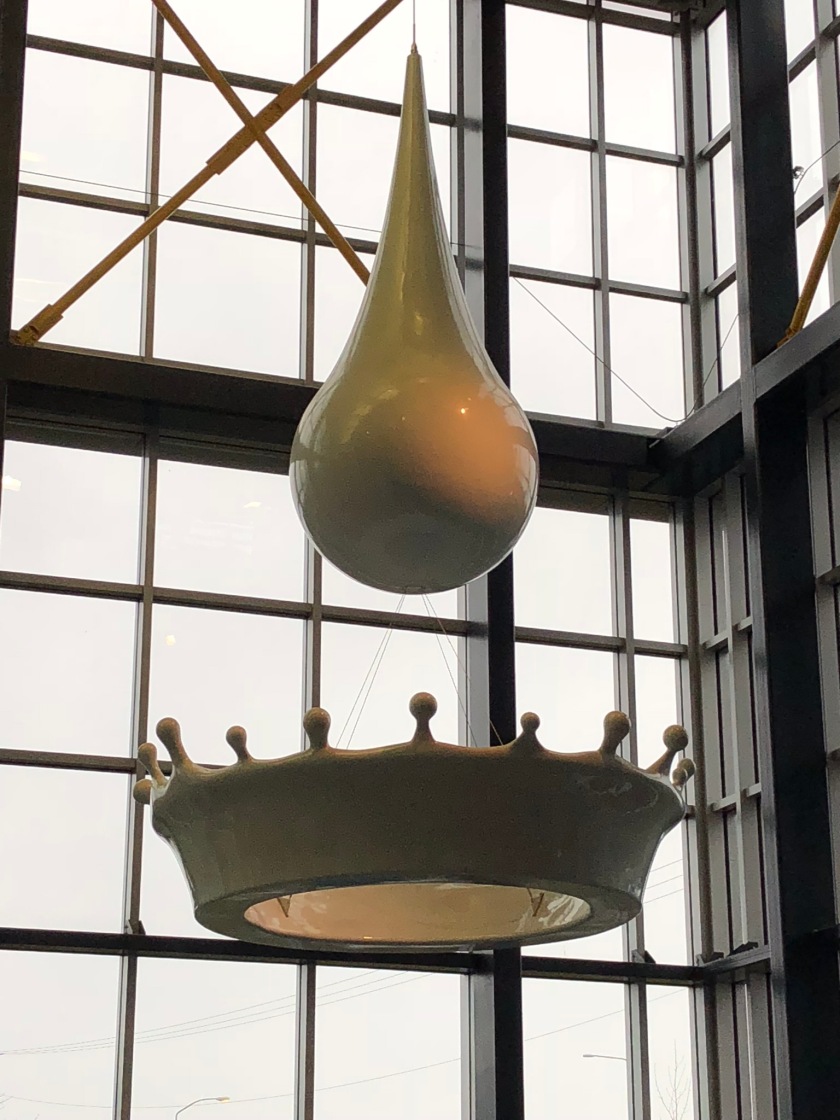 Jim flew in last night from KC and boy are his arms tired! We have been so excited for this trip and it is finally and really happening!

We had breakfast and then took off to do some running around. It started out as a overcast and sprinkly morning. We threw on some rain gear and hit the bricks.

First I took him to see Jimi Hendrix’ grave in Renton – a must for music fans. We then went over to catch the light rail to downtown Seattle. The sprinkles turned to real rain as the day went on.

We went to Capitol Hill to Dick’s for a delicious burger and fries. A must for foodies and visitors alike! We walked around the neighborhood a bit and thought that it is a pretty interesting area.

We walked around a little but decided to head to the iconic Pike Place Market and walked around there for a while. With the museum being closed it screwed up our timeline for doing things – we now had hours to fill. We were to meet up with Jim’s nephews who live in Seattle at the Five Point for supper around 6. We decided to head back to the hotel to hang out and kill some time until it was time to meet up.

I had not met his nephews before and we had a great time. They were a lot of fun to talk with. One of his nephews had his girlfriend there and she was really nice as well. Plus cheese curds and honey!

Tomorrow’s a big travel day for us so it’s time for sleep.