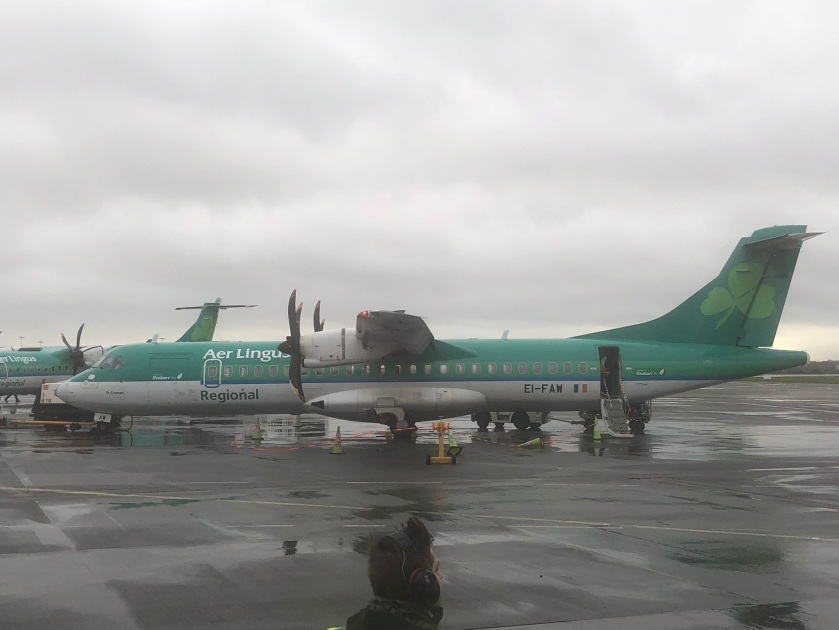 We Flew to Edinburgh in One of These…

We got some really good sleep last night (8 hours!) in Dublin. We both missed out on a couple of things we wanted to see but we had to have some downtime to get over walking an average of six miles a day on hard pavement. The exercise is great but pavement is not a good surface to walk on as much as we have walked.

We got in to Edinburgh and Jim’s friend Doug and his son picked us up at the airport. Doug is a museum curator near the Edinburgh Castle so he was a fantastic tour guide and took time out of his day to show us around.

He dropped us off so he could run home and drop his son off. He walked back to pick us up and invited us to his house for coffee and cake and also to meet his wife before our grand adventure around town. They are very interesting people and it was cool to be invited into someone’s home and have a great conversation.

We took a stroll through town on our way to see the castle. The city is beautiful and the people were as friendly as Dublin. 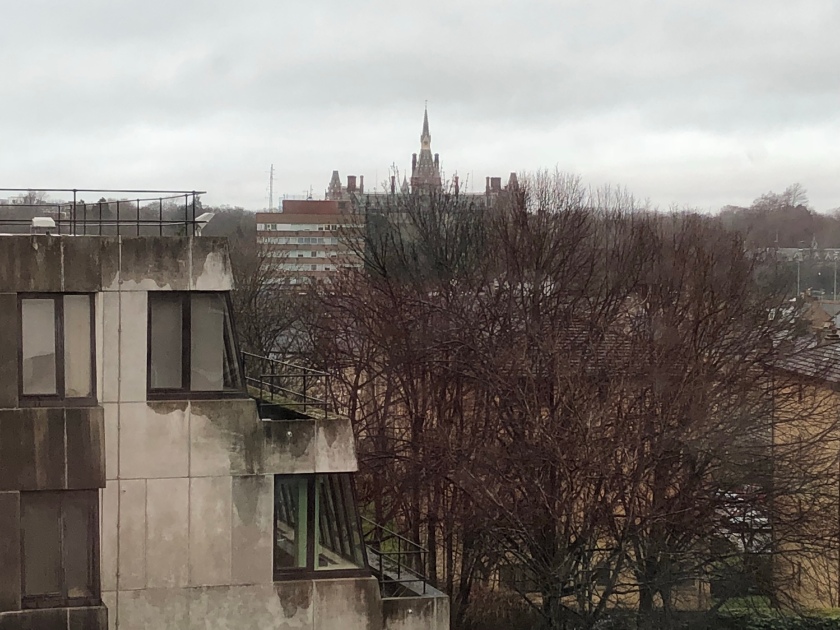 We went up to the castle and that was quite an amazing place to see. He was so good at explaining things that other people were listening over our shoulders!

We got to see some of the dungeons and even the Scottish Crown Jewels. We visited a banquet hall that was massive and I bet the parties there were raucous.

One of the buildings in the Edinburgh Castle complex

During our walk around the castle one of Doug’s friends Stephen showed up and joined us for the rest of the evening.

We left the castle and went to find a pint and something to eat. Yes, I finally got my haggis and it was absolutely delicious. The plate I got was a sampler of sorts – a split chicken breast with haggis inside sitting on a pile of incredible mash. There was bacon on top plus a whisky sauce (a gravy) and a side of vegetables. A clean plate and empty pint glass was all that was left!

We left there and went to a pub called The Scotsman for another pint. The pubs are so different than the bars in America. The vibe and atmosphere is very friendly and there’s a sense of kinship you don’t find in American bars. There was a guy playing guitar and singing songs and he did a great job keeping the patrons entertained.

We left there and kind of staggered around the corner to Albanach, which was another pub. There we were treated to a traditional Scotch whisky. Jack Daniels who???

After the whisky we left. I was so full from a very filling dinner and two pints I had no more room unless I took drastic measures. We parted ways with Stephen and walked back towards our hotel. We were tired, as we walked an impressive 8.3 miles today!

We then parted ways with Doug and went inside. It was an interesting and incredible day in Edinburgh.

Slainte, Doug and Stephen! Thank you guys so much for an amazing day!