That’s right…back to the Continent today.

We got up and went back to the bakery I went to yesterday and grabbed a fresh croissant with ham and cheese, coffee, and another piece of raspberry torte.

Our train was not until this afternoon so we took in a bus ride and did some more sightseeing before checking out of our hotel. It was a rainy day in London, just a few sprinkles but overcast, grey, and a bit breezy. Much like home for me.

Our morning destination was Trafalgar Square, another famous place we have always heard about.

We got off the bus in front of the National Gallery. It’s an area not too far from the big attractions but we weren’t going to get to see some of them being on a limited time schedule today but that’s okay. I am quite certain that I will be back again. I have to…I have British Pounds left over. 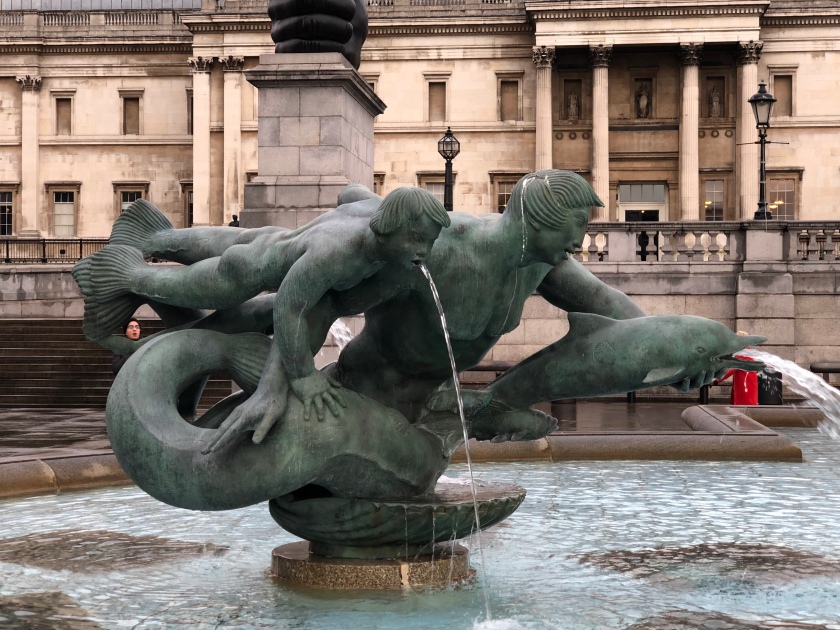 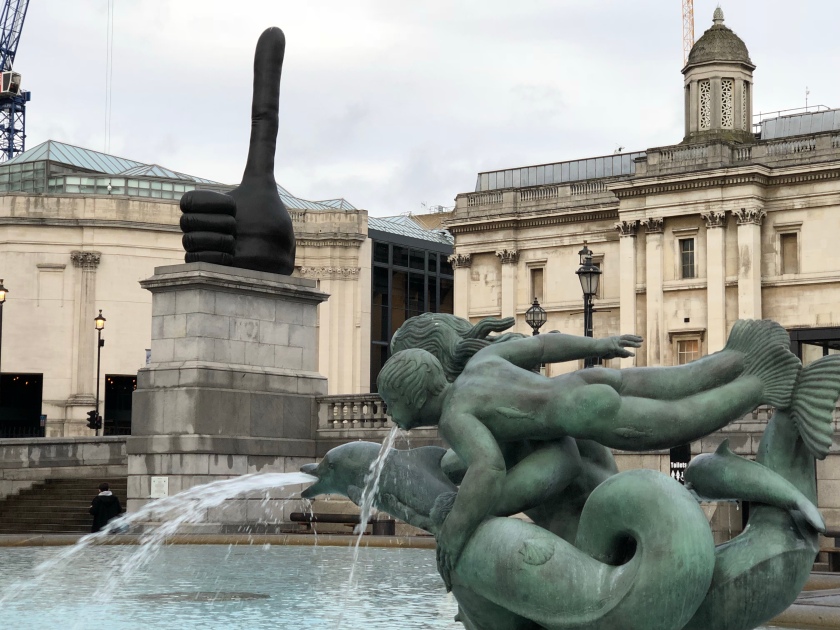 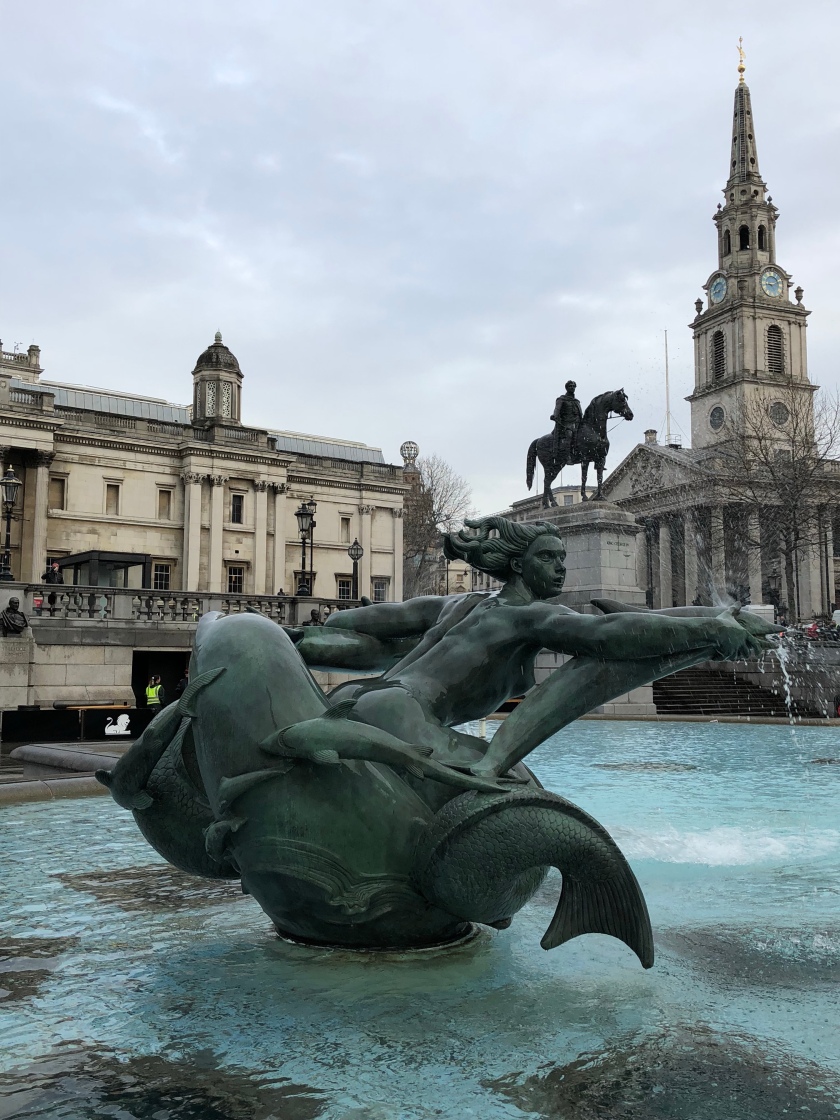 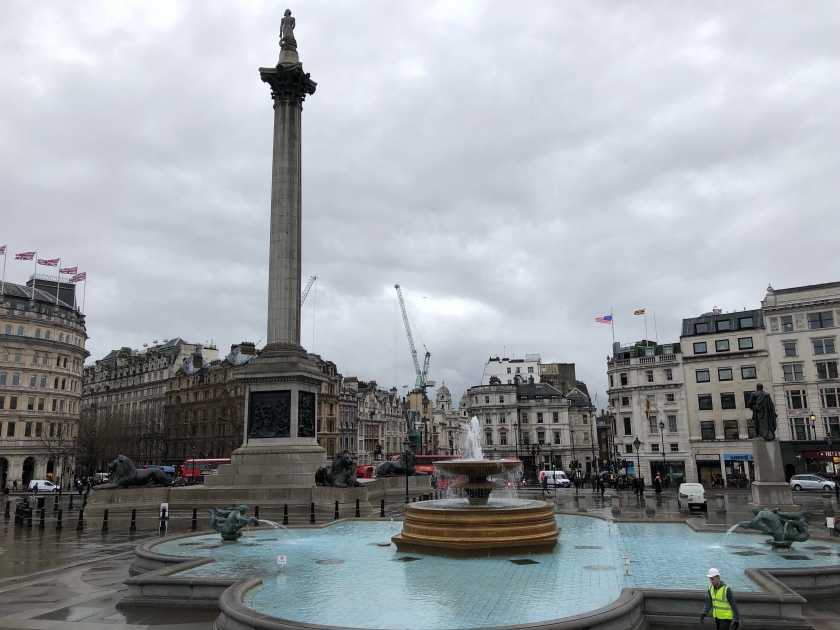 One odd and interesting thing we saw was a Harris hawk and it’s handler.

They use the hawks as “pigeon control”. It is a huge open square and apparently they had a huge pigeon problem due to tourists feeding them. Perhaps they should use the hawks to take out the tourists instead.

It is a natural way to control pests at least…kinda like getting a cat to keep the mice away in your house.

It has been interesting to see in London there are crews sweeping and keeping the sidewalks clean. Most of what we have seen so far in the places we have been is that things are generally pretty clean. We never saw crews in any of the other cities.

We went back to our hotel and checked out of our room. Time to head back to St. Pancras Station to hop on the Eurostar – the bullet train – to leave London for Brussels. The train goes nearly 200 miles an hour and goes through The Chunnel. Pretty weird hauling ass through a tunnel under the English Channel. It was a fast and smooth ride. 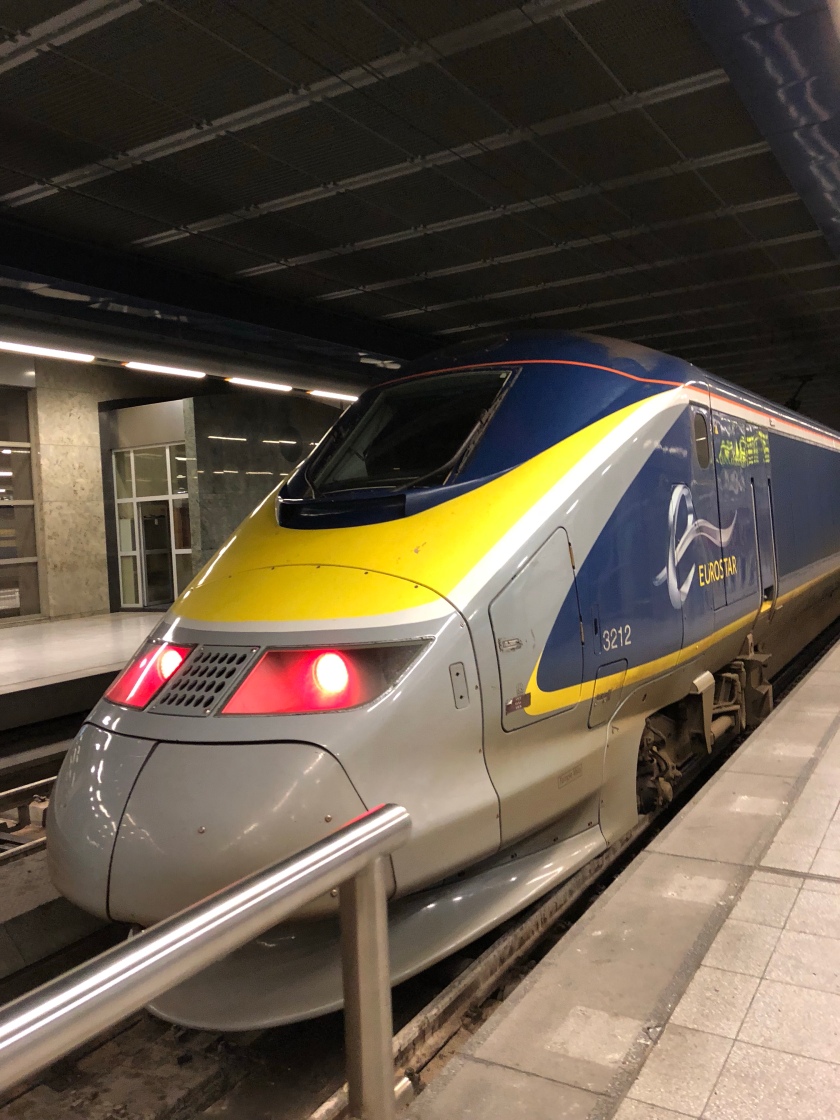 Inside the Eurostar high-speed train

We got to Brussels about 6 PM and checked in to our hotel room. We were hungry so I found another Italian restaurant nearby. Off we went into the night through the dark backstreets of Brussels.

We ended up at le Chambord after an interesting journey to get there. We started down the road and turned the corner where we went past some, shall we say, strange people that we kept an eye on…until we walked past windows full of red lights and prostitutes. Just another day in Europe I guess.

Dinner was great. Penne carbonara with bread, a glass of wine and an appetizer of tomatoes with buffalo mozzarella, greens, and balsamic. We left there quite full.

We wrapped up the night looking at options for our next destination. We have an idea but we’ll see what happens and where we end up!